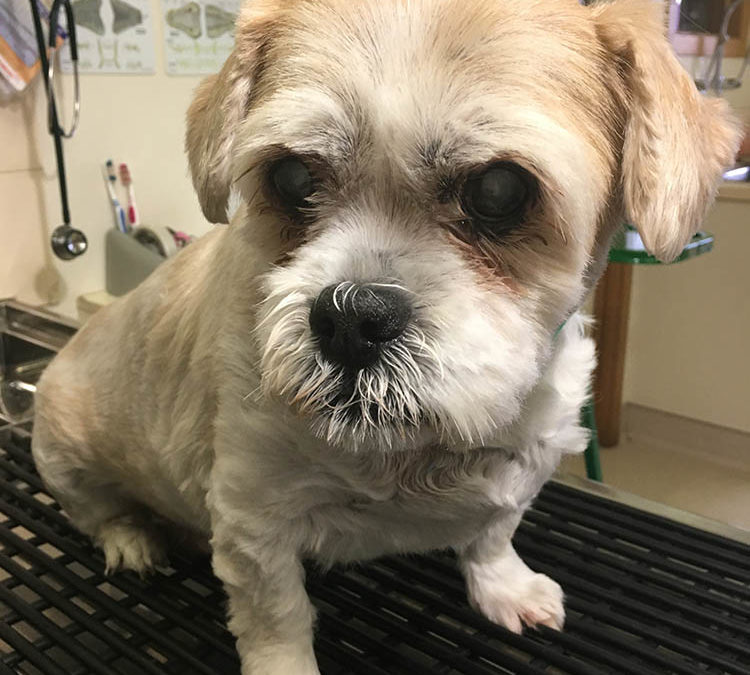 While many of us may have a friend or family member with Diabetes Mellitus, it is less commonly known that dogs and cats can also develop this disease. Diabetes is associated with the poor production or uptake of the hormone insulin which controls blood sugar levels. In pets the disease is typically seen in middle aged to older pets that are overweight and so is most similar to Type 2 diabetes in humans. The clinical signs are initially increased thirst and urination. Pets then tend to lose weight and become lethargic. Cataracts may form in the eyes causing blindness. Without medical intervention pets will deteriorate and may lapse into a diabetic coma. Your vet can perform simple blood and urine tests to check for high levels of the sugar glucose and rule out other illnesses. Diabetes in dogs is not a curable disease, but is generally well managed with twice daily insulin injections, a strict diabetic dog food and regular blood and urine monitoring. Older overweight cats are at very high risk of developing diabetes. Treatment is commenced with twice daily insulin injections and diabetic cat food. Some cats can then actually go into remission and then be managed with a diabetic diet alone. Hopefully a cure for diabetes for both people and pets will be found in the near future but in the meantime ensure your pet is a healthy weight to reduce the risk of disease. This is 11 year old McIvor whose diabetes is being successfully managed by our clinic.

You have Successfully Subscribed!